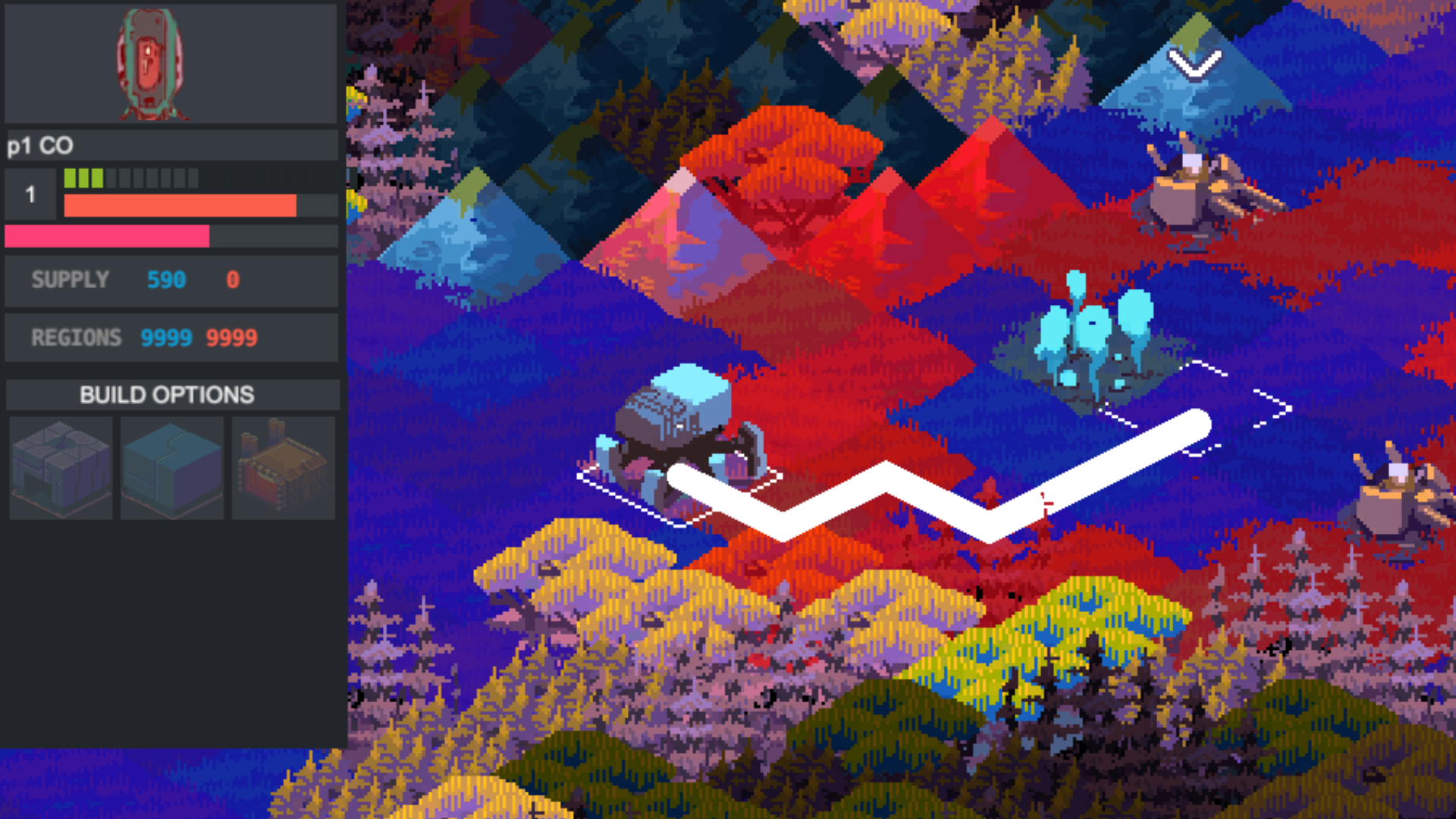 We’ve already covered some of the basic ideas of the Supply system, and how they apply to Cantata’s gameplay and vision, so now it’s time to look at an equally important system – Action Points, or AP.  At its core, the AP system is simple – every turn, the player receives a fixed number of Action Points, which they can then spend on everything from moving units, to attacking, performing CO actions, building structures, etc.  If you’re working toward a goal in Cantata, in all likelihood, you’re using Action Points.  While there are some circumstances wherein the player may generate additional AP, or bank some for a rainy day, Action Points, like supply, are a pacing resource, and the player will need to use them carefully to attain victory.

How is AP used?

Action Points are ultimately as central to strategy in Cantata as supply, units, or CO’s.  After all, without using AP, you’ll have a hard time using your shiny new Walker, or securing a vital region!  With so many actions rate-limited by AP, Cantata plays quite differently from an RTS, or even other turn-based tactics games.  Rather than being dependent upon fast, repeated actions (as often measured by actions per second), as in Starcraft, or micromanagement of units across large fronts as in Civilization, in Cantata, every turn will be full of larger decisions.  When you can only move so many times per turn, the decision to move a powerful attacker vs. a mobile scout takes on heightened strategic importance.  Additionally, not all actions are created equally: powerful abilities or attacks from certain units may require more AP than others.

Balancing these variable costs and decisions will be key to any commander’s mastery of the battlefield.  The player will often find themselves having to make difficult decisions.  With only a few AP left at the end of your turn, do you advance a few scouting Conscripts ahead to try to uncover the lay of the land going into your next turn?  Or do you instead unleash a single, powerful barrage from an Angel Clipper Cannon to deny your enemy valuable information heading into their next phase?  The choice will be yours, and it may be your last. The sword cuts both ways of course, as you’ll know that your opponent will only have so many Action Points available to them as well.  Perhaps you can afford to advance a little too far on one flank if you know that your opponent will have to spend even more AP to counter you, freeing your hand elsewhere.

It’s precisely that sort of dynamic that we’re aiming to capture with the AP system.  When you have functionally unlimited actions per turn, it simultaneously becomes easy and a slog to manage large numbers of units and structures every round.  Advancing a front of dozens of units gets bogged down in the tedium of selecting and maneuvering them each individually.  At the same time, systems which allow the player to control multiple individual units at once starts to strip away the individuality of those units, and always risks sacrificing strategic advantage for convenience.  Likewise, we want to capture a dynamic that we feel has been inadequately represented in the strategy genre: informational/communicative logistics. We first saw how effective something like this could be in Martin Wallace’s boardgame A Few Acres of Snow and are happy to bring a similar idea to the strategy game space.

The ‘Supply 101’ guide went into some basics behind the motivation for the Supply system – attempting to represent the space between squad tactics and sprawling 4X games – and AP occupies a similar role.  In Cantata, we’re working to represent the multivariegated fronts between our three factions, each of whom are colossal powers in their own right.  As they fight to establish new infrastructure, secure new regions and dispatch their opposition, there are limits in the ability to relay orders, learn information from the front, and respond to new situations.  Even with lightspeed communications, there are delays in processing and incorporating new information, real limits to organizational logistics that we hope the AP system will help to capture!

The leaders of your faction